The thing about a series...

Here I sit, ready to begin writing the last book in a five-book series.  Three years ago, if someone had told me this is where I'd be, I would've wet myself laughed at them.  It's been a great journey, and I'm trying to be careful to finish the story properly.  The characters deserve a satisfying conclusion to everything they've been through.  They also deserve a stiff drink.

While writing the series, I've noticed something about the process that struck me as interesting, even though everyone else will think it's completely obvious.

At this point, most authors immediately run and crank out a 'How To Write A Book' book.  But not me.  I think the planet needs another 'How-To' book like it needs a black hole.  Besides, I don't think creative endeavours of any kind are 'one size fits all'.  The same approach won't work for everyone.  I read that somewhere.

Tell you what, though:  I'll number my sections, so it'll feel like an expensive 'How-To' book that offers blindingly-obvious advice in a poorly-organised manner.

When I started working on Burnt Worlds years ago, I was confronted with the terrifying dilemma of whether or not to create an outline.  My clever decision was to just waffle back and forth and avoid making a decision.

As a result, I wound up with a stack of random notes that, I told myself, was assuredly not an outline.  I then proceeded to fly by the seat of my pants.  I created characters and sub-plots with wild abandon, and everything seemed to turn out just dandy.  So that was that.

People started asking for a sequel.  I already had some ideas for a bigger story, something that Burnt Worlds would fit in, and I started fleshing it out.  Which sounds rude, but isn't.  Anyway, I determined that the series would be about five books when it was done.  I started writing Book 2, but ran into trouble right away.  I was being constrained by the events in Book 1.


3.  'Constrained', not 'Restrained'.  I made that mistake once, at this strange place downtown...

When I originally wrote Burnt Worlds, it was as a standalone book.  I was going to publish the whole story at once.  While writing it, if I wanted to add a new event near the end of the book, I could go back and modify the earlier parts of the book to prepare for it.

But with a series, I was effectively writing a very big story and publishing it in sections.  Publishing each section was like shooting a gun:  I can aim my next shot, but the previous shot is already gone; it's not coming back.  So if I'm working on an event in Book 3, and realise that the characters should've mentioned it in Book 2, it's too late to change it.  The previous book has already been published and read. 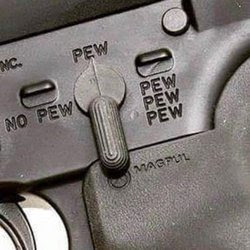 Because of this, I think a series absolutely requires an outline.  Trying to fly through the whole series by the proverbial 'seat of the pants' will almost certainly end in trouble.  You need to know the big things that are going to happen later on, so you can prepare for them.  You don't have to outline everything to death, though some lunatics people do, but you gotta have the basics figured out.  With each subsequent book the need for an outline grows, until there's just too much stuff to hold in your brain all at once.


4:  World-building is all about detials.

It's the same thing for world-building -- even more so -- and for the same reason.  If you're writing a series, you're going to have to keep notes.  I don't see a way around it.  Write everything down:  names, descriptions, personalities, events, locations.  Writing a series of books is going to take a year (or two, or three), and you're not going to remember it all.  You've created a world where the story happens, and you know the broad strokes about how everything works, but it's the details that'll trip you.

If you offhandedly mention in Book 1 that a character is tall, they should still be tall at the end of Book 4.   If Bob wants to kill his brother Doug in Book 2, you're going to have to do something about it at the family dinner in Book 5.

If, back in Book 3, you mentioned that rhinoceroses could fly and were explosive, then people should still be hiding underground in Book 7.  I know I would be. 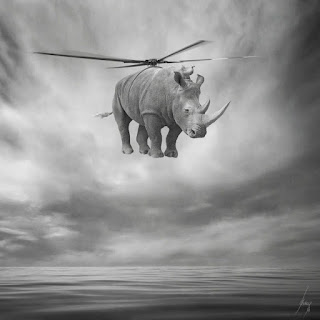 This is a blog post; I don't need a conclusion.  Except maybe to say that, if you're writing a series, you're going to need an outline.  And you're sure as hell going to need notes.  All this may strike everyone as unbelievably obvious, but I did mention that up front.

And for God's sake, keep an eye out for the rhinoceroses.